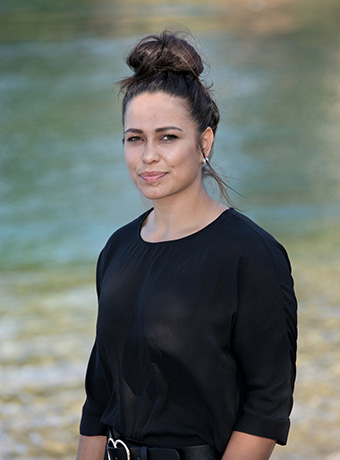 Ariana works as an Investment Associate and has been with IWIinvestor since 2009. During this period, she has been involved in almost every aspect of the business from accounts, HR, office manager and client services, so she has an in-depth understanding of the business. Ariana also provides support for the Financial Advisers.

She has completed the New Zealand Certificate in Financial Services (Level 5) and is a Registered Financial Adviser (RFA) FSP 296626 and is currently working towards becoming an Authorised Financial Adviser (AFA). She is also an Accredited Investment Fiduciary® (AIF®), has a New Zealand Certificate in Business Administration from the Waiariki Institute of Technology and is a Fitness Trainer.

Ariana lives in Tāupo with her husband, son and two rottweilers. A keen sportswoman, she loves Rugby and Netball. In addition to owning and operating a fitness business, Ariana also volunteers in her spare time at the local Sports & Rugby Club.

A Disclosure Statement is available on request and free of charge.

+ Text Size -
Do NOT follow this link or you will be banned from the site! Original generation time 2.0133 seconds. Cache Loaded in: 0.0334 seconds.