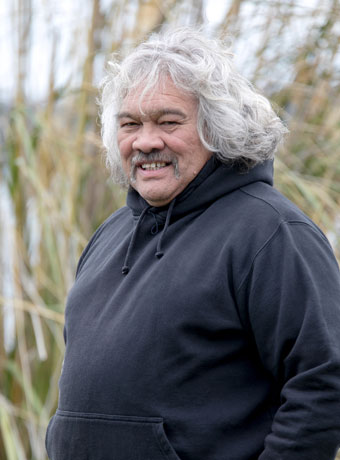 John is both a Director and Deputy Chair of the IWIinvestor board. As the Chief Executive of the Lake Taupō Forest Trust (LTFT), the 100% owner of its investment planning and advice subsidiary Taupō Moana Investments Ltd trading as IWIinvestor, he represents the LTFT on the board. He has been associated with IWIinvestor since September 2016 when he was appointed Chief Executive of LTFT.

John’s current directorships include Chairman of the Tūwharetoa Māori Trust Board, the Tongariro/Taupō Conservation Board, the Waihi Marae Committee and he is a Director of Hoka Haulage Ltd and a Trustee on the St Joseph’s Māori Girls’ College Trust Board.

During his career in the public sector and prior to Te Māngai Pāho he held a of senior roles  Manager, Deed of Settlement with the Ministry of Fisheries; General Manager Operations and Regions at Te Puni Kōkiri; Senior Advisor, Head Office and Operations Manager, Bay of Plenty at Work and Income New Zealand; Regional Manager Lower North Island at the Department of Labour’s Community Employment Group; Operations Manager Head Office GELS with the NZ Employment Service; and with the Department of Labour’s GELS Service. John also had a 14-year career in forest management with the NZ Forest Service where his last position was Forest Ranger based in Hawkes Bay.

John has a Master’s Degree in Public Administration from Victoria University of Wellington.

+ Text Size -
Do NOT follow this link or you will be banned from the site! Original generation time 0.1196 seconds.